Maldives – The Sunny Side of Life

A country of more than a thousand islands spread over 90,000 square kilometers of the Indian Ocean. Uniquely charming, endowed with a dreamlike beauty unknown elsewhere in the world; the Maldives welcomes you to enjoy its natural splendor and charm, and the hospitality of its people.

This is home to just about 350,000 islanders, yet welcomes twice as many to its shores every year. The Maldives has welcomed visitors with open arms for centu­ries. Some opted to stay, while some wrote about the mysteries and intricacies of life on these tiny islands. Unlike the adventurers and mariners of the past, today the Maldives is easily accessible from anywhere in the world. We wish you a pleasant stay in the Maldives.

For most holiday makers, great sunny days with deep blue skies, clear lagoons with pleasing shades of blue, moonlit nights, the soothing sound of little waves lapping the soft white sands, the ruffle of palms and powdery white beaches are the basic ingredients for the perfect tropical holiday. Few places offer these ingredients in greater abundance than the Maldives.

Although the Maldives is well known by travelers and holiday-makers today, its long history is not known to most. The Maldives has gone through immense changes and has been affected by geopolitical changes and upheavals that have swept through the world throughout the last two millennia.

Few countries have a landscape as remarkable as that of the Maldives. The Maldives is an archipelago of 11 90 islands that straddle the equator, about 650 km southwest of Sri Lanka. The islands are scattered in a chainlike forma­tion extending 820 km from north to south and 130 km at its widest point. The islands form ring-shaped for­mations or atolls, 26 in all some with a single island while others with over 200 islands in them. Hjvadhoo Atoll in the south is the second largest atoll in the world.

In 1842 Charles Darwin presented the world with the first acceptable theory of atoll formation. Darwin proclaimed that atolls were created when a volcanic land mass subsided slowly into the ocean, while coral build up and out around the plateau. However Darwin also wrote that the formation of Maldives was somewhat different from the islands of the Pacific and Atlantic that he had examined.

After a diving expedition in the Maldives in 1962, Hans Hass concluded that ‘the inner structure of certain coral reefs in not compact but porous and unstable, hence extended reef platforms invariably sag in the centre”.

Reefs formed on the peaks of the sub­merged mountain range that extends through the centre of the Indian Ocean. The reefs eventually pierce the surface of the ocean beginning to form platforms. The centre of the platform collapses due to the scarcity of food and oxygen and due to the massaging effect of the tides.

However around the rim of the atoll where the coral has been built the hardest and highest, sand and debris accumulate, vegetation takes hold and islands begin to form.

The country is endowed with thousands of reefs. Over a 1,000 species of fish inhabit these reefs. 300 of which were recorded for the first time in Maldives. Hundreds of species of hard and soft corals adorn the reefs providing dazzling colors. The reefs are so numerous that divers can literally swim from one to the other. However in spite of this, each dive site has its own special character and appeal.

The outside reefs of the atolls are the fortresses that defend the Maldives from the strong elements. They are solid and impenetrable. The channels through which currents flow through the Maldives chain feature interesting coral formations such as jagged walls, crevices and caves. Due to the high level of nutrients in the channels divers can find caves and over­hangs full of soft coral, a wide range of invertebrates, gorgonians and sponges. There are also several canyons and the steep drop offs that provide for exciting dives. An exciting array of pelagics, preda­tors and reef fish converge in these areas to feed in the colliding waters filled with nutrients.

Across the channels and within the atolls are thilas, sentinels of rocks that spring from the ocean floor up to within a few meters of the water surface. The thilas attract a variety of marine life and provide a spectacular change of scenery.

The Maldives consists of 26 atolls of varying sizes. The word atoll has two meanings in Dhivehi; one geo¬graphical and the other, meaning an administrative region. The 26 geographical atolls now form 20 administrative atolls. While smaller atolls are grouped, the larger ones are divided to form these administrative atolls. The geographical atolls have traditional names such as Thiladhunmathi, Faadhippolhu and Addu. The adminis¬trative divisions are named after the letters of the Thaana alphabet, starting from the north. Hence the northern portion of Thiladhunmathi, the northernmost administra¬tive atoll is known as Haa Alif Atoll. Haa, being the first letter of the thaana alphabet and Alif denoting that it is the northern section of Haa Atoll. It is often confusing for visitors as Maldivians use the traditional names and the alphabetical names interchangeably. In addition to this, maps of Maldives also use angli¬cized versions of the traditional names as well. For example Huvadhoo Atoll in the south is sometimes marked in maps as Suvadiva Atoll.

Each administrative atoll such as Haa Alifu, Haa Dhaalu, Gaafu Alifu and Gaafu Dhaalu are governed by an Atoll Office located in the atoll capital. The Atoll Chief is the most senior employee of the government in the atoll. The administration of the islands lies with the island offices headed by an Island Chief locally known as the Katheeb.

One essential feature in each resort in the Maldives is its dive centre. Although dive centers at different resorts may vary in size and the facilities they offer, all dive centers without exception, accept all types of international certificates and offer equipment for rental and the services of professional multilingual dive instructors.

For those learning to dive all resorts conduct open water and advanced dive courses and even spe­cialist courses. Most dive centers also houses educational and library facilities and regularly entertain divers with slide and video presentations.

The best way to appreciate the underwater world of the Maldives is to go slowly, conserving energy and looking around carefully. Nothing compares with a slow drift dive along a reef edge, the gentle currents carrying the diver along as a harmless observer of the environment.

Water temperatures mostly stay within the range of 27 and 30 Celsius. However thermo clines can sometimes be experienced at depths below 20 meters. During the hot periods, water temperature inside the lagoons increases influencing water temperatures inside the atoll. During these times many divers are comfort­able diving without a wetsuit. Lycra and 3mm wetsuits are the norm although some prefer 5mm suits for night dives or dives during the rainy-season.

Dive safaris offer a totally different dive experience compared to diving from a resort. A safari would give you access to a much wider variety of dive sites in several atolls, many of which are beyond the main dive circuit. There are about ninety safari or cruise vessels registered with the Ministry of Tourism and Civil Aviation. Although safaris are operated throughout the year, the best weather for safaris is during the period from November to April. The vessels range in size and facilities offered. 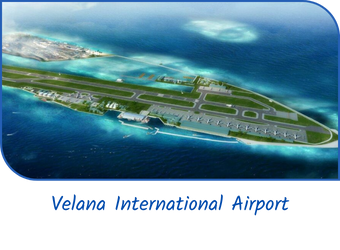 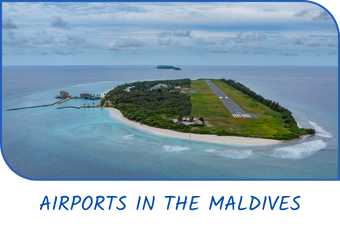 If you have a booking with a resort, transfer is usually arranged prior to your arrival. The options of speedboat or seaplane transfer where available is for you to choose from. For transfer to resorts close to the airport, motorboat or dhoni transfer is quite convenient. Even if you make a resort booking while in Malй, transfer arrangements are often made by the resort.

The Maldives has one of the largest seaplane fleets in the world, not surprising for a country with 99% ocean and more than a thousand islands. The low altitude seaplane journey offers you the additional opportunity to experience a breathtaking bird’s eye view of the country.

There are no restrictions on the import and export of foreign currency. The most commonly used foreign currency is the US Dollar. However, British Pounds and Euros are also accepted.
Foreign currency should not be converted with unauthorised dealers and all conversion receipts must be retained for inspection on departure. We do not recommend the purchase of Rufiyaa as it is unnecessary.
If one stays at a resort, minimal cash is required, as all expenses are billed to the room and clients can settle payment on departure with travellers cheques, US Dollars or credit cards – Maldivian Rufiyaa is only required at local shops. However, US Dollars are also accepted in these shops.
The most commonly accepted credit cards are American Express, Diners Club International, Master-Card and Visa.

Valid passport required by all nationals referred to in the chart above.

Tourist visas for 30 days will be issued on arrival only and are free of charge to all visitors in possession of valid travel documents.

Foreign visitors who enter the Maldives must be in possession of return or onward tickets and a minimum of US$100 and US$50 per person per day or confirmed hotel reservation for the intended period of stay in the Maldives.
Tourist visas can be extended by 90 days (including the initial 30 days granted on arrival) by applying to the immigration department.

Types of Visa and Cost

Applications to: Visas are issued on arrival at the immigration desk at Maldives International Airport.

Departure Tax: The airport departure tax which is US$ 24.00 is usually included when you purchase your airline ticket.

Regulations prohibit the import of porno­graphic materials, narcotic drugs and firearms. Please note that passengers are not allowed to import alcoholic beverages into the country.

If you have pre-booked your holiday on a resort or a safari vessel it is most likely that you would have booked your transfer as well. Transfers to resorts are by seaplane or by speedboat. The jetties on the west of the airport island provide access to the resort transfer vessels. If you are flying by seaplane buses at the terminal would take you to the seaplane terminals on the eastern side of the island.

At customs, as a rule, all baggage is screened electronically. It is convenient to have luggage keys handy, in case luggage is required for inspection. Strict penalties apply to those attempting to import illegal drugs into the country.

The import of the following items is forbidden unless prior permission is obtained:

The export of tortoise shells and black corals is forbidden. All resorts in the Maldives have permits, which allow the controlled import of pork and alcohol. For those passengers bringing in a lot of photographic or diving equipment, it is advisable to inform the respective resorts of the details prior to arrival. Alternatively the passenger could carry a list with details such as serial numbers of the equipment in order to avoid a delay at the customs on arrival. Passengers are expected to take all items, held by customs on arrival, back with them on departure. Import duty is payable for any items left behind.